Do you want to become the most incredible, unstoppable version of yourself?

It’s time we destroyed fear once and for all and unlocked our full potential!

Fear keeps us frozen and prevents us from moving forward. We are naturally risk averse which means we’d rather cling on to what little we have rather than go forward to win the big prizes.

To get around this, we can borrow some concepts from stoic philosophers and formalise them into a process that anyone can use to get over their crippling fears.

1.First, identify the goal or thing you would like to change. Let’s say you want to quit your job and start your own business.

2. Next, write down all the things you are afraid of and all the things that could go wrong. First, your partner might think you are irresponsible, and they might leave you. Second, your new business might fail and you’ll be left with debt. Third, your house might get repossessed. Fourth, you might end up vagrant. Fifth, your friends might laugh at you. Sixth, it might all go to plan but you find you hate your new position even more. You get the idea!

3.Now score each of those things on how realistically they are to happen. Would your partner really leave you? It’s unlikely unless there are problems in your marriage to begin with, so we can give that a ‘2’. Would you end up destitute or would you find another job, even if it’s a step down from what you were doing before? Give that one a ‘3’.

4.Next: do these things really matter? Score them 1-10. If your friends judge you… who cares? They will be judging you based on their own fears anyway.

6. Then go through the list one more This time, write down all the ways you can mitigate the risk so that it is less likely to happen. Worried about getting into debt? Then write a business model that doesn’t involve a big upfront expense and bootstrap your way to success. Worried about leaving your job? Then start your business in your free time first.

It might be that you end up stuck in a job you hate. That one day you’ll be 80 years old and you’ll look back on your life and feel that you never made anything of it. That your body and your mind atrophied from lack of challenge or experience.

Focus on what we discussed in the section on stoicism: bad things will happen. You can’t possibly avoid all bad things happening.

Meanwhile, you are only responsible for your own emotions. You can’t make everybody happy all of the time, so don’t even try. People pleasing is a total waste of time and does more harm than good, but that’s another subject for another day. What you need to focus on is accepting this reality and then just doing what you need to for your own emotional and psychological well-being.

How others react to your decision is up to them. But you can’t let that define your actions.

You can’t hold on to things just the way they are. You can’t prevent bad things from happening. All you can do is live life to its fullest and richest right now. That’s why you have to take those chances.

If you need any help releasing your FEARS, this is something I do with all my clients. You can book a FREE 30-minute clarity call with me here. You can also come and join us in The Positivity Hub facebook group. 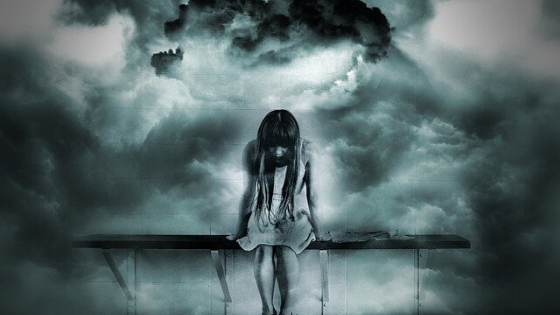